The Beauty & Strength of Snowflakes ❄

Oh! I just learnt what 'snowflake' means in the mouth of a T. disciple! Such a thoughtful compliment. Thank you so much! 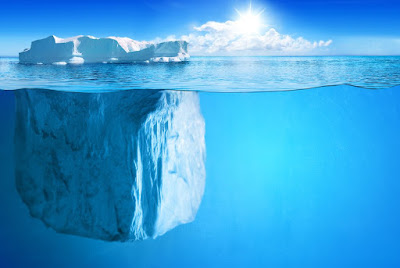 
Of course because I post publicly, I am the target of trolls and such. Lately there has been a flurry of snowflakes making it as comments to posts of mine. I was puzzled until finally there were enough of them that I decided to look what those snowflakes were about. I now know!

Well... I am not taking this name calling lightly! Thank you! It’s such a beautiful name and it means so much to me! Snowflakes are mathematical beauties - the type of beauty that I am very sensitive to. Yes there is a science of snowflakes, wouldn’t you believe that? How kind of them (the people who call me a snowflake), to associate me with such a fascinating science topic. It is amazing to see how elaborate snowflakes can be structurally, and how different they can be from one another. A epitome for diversity.

Then as a friend commented: Gather enough of them and you have an avalanche!

Another thing and not the least: Have you seen what comes out of snowflakes holding tight together? Yep, that’s right: an iceberg. We’re monumentally strong! And one usually only sees the surface of us. You have no idea about what lies beneath. Now true, with climate change and all, we’re endangered, and that’s what we’re fighting for :D Thanks again for the compliment!
Posted by Akilee at 11:13 AM

Email ThisBlogThis!Share to TwitterShare to FacebookShare to Pinterest
Labels: politics