The fallacy of aiming for stabilization of human numbers 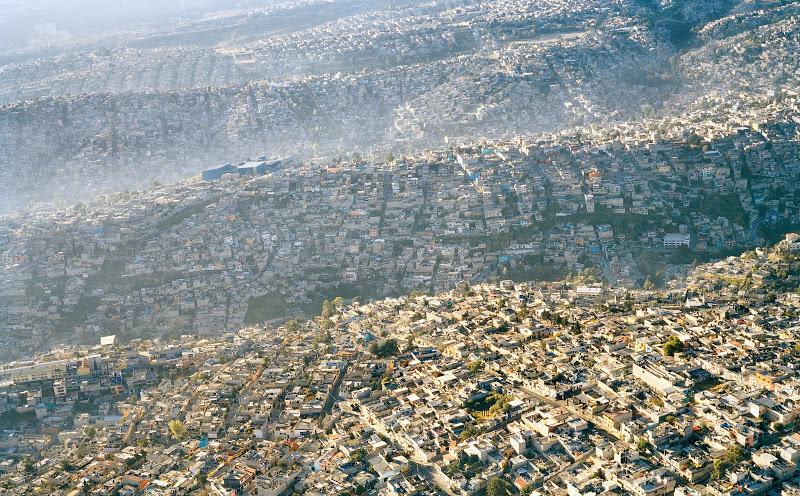 “From an environmental sustainability perspective, what matters is the current and cumulative effect of absolute population size, not the rate at which our numbers grow.”

That a population’s size is stable in no way entails sustainability... And I'll add that focusing on the population growth rate as many do these days is an illustration of a complete lack of understanding of both ecology and statistics.

Anyway... this is a good article: well written, well documented and definitely 'food for thoughts' for those of us who are -or try to be- honest enough to face Reality.

Article » 'Any size population will do?': The fallacy of aiming for stabilization of human numbers by Karin Kuhlemann in The Ecological Citizen Vol 1 No 2 2018: 181–9
Article Excerpts

Concerns about population growth are often articulated in terms of the growth being too fast. Supposedly, we should aim at slowing down growth or stabilizing our numbers. In its most intellectually reprehensible incarnation, this framing of the problem translates into the argument that there is nothing to worry about because the rate of population growth is already slowing down. The easiest way to ‘solve’ a complex ethical and practical problem is, as ever, to deny that it exists.

The fear of population ‘decline’ or ‘ageing’ is primal and tribal, reflecting anxieties of a bygone era where survival depended upon how many young men one could round up for waging war or fighting o invasions. It makes no sense in today’s world, where the main threats to the long-term viability of human societies are ultimately rooted in there being too many of us – men and women, young and old – doing damage simply by peacefully leading our own lives.

The irrelevance of current food production

It is often suggested that we ought not to worry about population growth because we already produce enough food to feed 10 billion people. Supposedly we can, or should, let population growth run its course, whatever it may prove to be because we are safe on the food front. There are at least three reasons why this reasoning is fallacious. First, answering the question of how much food is produced now is not answering the question of how much food we can expect to produce over the foreseeable future. Current resource use in agriculture is unsustainable (see article for refs), and this is without taking into account the potentially devastating impact of climate change. Discussions about food waste and expansion of the agricultural frontier typically ignore the reality that not all waste can be prevented, that most productive land worldwide is already in use for agriculture (see article for refs) and that what is left is natural habitat that supports important ecosystem services and provides critical sanctuary for what remains of the world’s wildlife. Secondly, even if it were possible to sustainably produce enough food to feed a population of 10 or even 11 billion – and we have no reason to be confident it will be (see article for refs) – food production is not the only issue...

The most recent doubling of our numbers was accompanied by a loss of over half of wildlife numbers, driven by destruction of natural habitats and harvesting of wildlife to meet human needs and aggravated by environmental fouling from human activities (WWF, 2016).

Those of a particularly extreme speciesist or anthropocentric moral outlook may believe that there is no inherent wrong in causing other species to go extinct. Let us assume, for the sake of argument, that the interests of human beings are the only moral considerations that count. Even then, humanity’s impact on the natural world is a serious moral wrong of reckless risking of livelihoods and safety nets. Many millions of people in Africa, Asia, and Latin America rely on wildlife resources for their livelihoods and as a buffer to see them through times of hardship, such as unemployment and crop failures (e.g. Nasi et al., 2008; Ntuli and Muchapondwa, 2015).

An unconscionable taboo has developed whereby scientists, activists and policymakers ‘talk around’ population growth and gloss over or omit reference to the need for smaller family sizes when discussing climate change, food or livelihood insecurity, loss of biodiversity and environmental degradation (e.g. Campbell and Bedford, 2009; Coole, 2013; Mora, 2014)