My philosophy is one of environmental wisdom. It entails, knowledge, ethics, harmony, a positive attitude. A wisdom that is needed now, in every aspects of our lives, and pretty much everywhere. One philosophical model that suits this and that I made mine is Ecosophy.

Ecosophy is mainly the work of a single man: Arne Næss (1912 – 2009). He was an important and very respected Norwegian philosopher and mountaineer. In the 70s, he came up with the term ‘Ecosophy’, that later got to be also known as ‘Deep Ecology’.

With Arne Næss, deep ecology became both an environmental philosophy as well as a socio-political movement of the people in favor of the environment. The word itself -ecosophy- has an etymology that most compactly expresses 2 of concepts that are at the core of my value system:

The concept of ecosophy then can refer simply to a philosophy based on wisdom of ecological harmony. And that is actually and exactly what the inventor of Ecosophy meant. He created the concept to describe an evolving but consistent philosophy of being, thinking, and acting in the world, that embodies ecological wisdom and harmony.

By an ecosophy I mean a philosophy of ecological harmony or equilibrium. A philosophy as a kind of sofia (or) wisdom, is openly normative, it contains both norms, rules, postulates, value priority announcements and hypotheses concerning the state of affairs in our universe. Wisdom is policy wisdom, prescription, not only scientific description and prediction. The details of an ecosophy will show many variations due to significant differences concerning not only the 'facts' of pollution, resources, population, etc. but also value priorities.
— A. Drengson and Y. Inoue, 1995, page 8 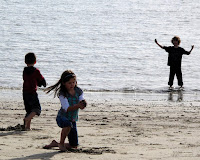 At the risk of oversimplifying Næss’ Ecosophy, one fundamental idea is that nothing exists “separately”. A thing only exists as the result of the relationships that “this thing” maintains with the environment in which it lives. A single World exists, without any division, any particular distinction, a web of a sort, in which all its constituents are primordial and necessary for the whole to hold together.

For me, understanding Ecosophy as an existing concept raised repeatedly in one form or the other throughout our human history is refreshing and hopeful. Indeed, even if it highlights a long struggle of ours as a species, it also means that this is a battle that we want to have and one that we want to win. This wisdom exists. It lives in us. It has been named multiple times over time and only needs to be rekindled. Look - “Wisdom” is part of our species name ‘Sapiens’, so the way I see it is that it only has to resurface. ‘Now’ is the time!