Former Vice President Al Gore slammed new EPA chief Scott Pruitt on Monday for his claim last week that carbon emissions aren’t the primary cause of global warming. He added: "Putting someone in the EPA who denies even the most basic scientific truth about this, you know, it’s — the old cliches are, you can say the Earth is flat, but it doesn’t mean you’re going to fall off the edge." And this allows me to also make a comment about the wrong idea (put forward by some of our democratic representatives) that it is more important to act towards solutions and less important to address these false or denial claims. Not quite true: there is still a good 50% of the US population that denies climate change. And a main reason for correcting fake claim denials, is that -in the hands of the politicians- these false claims and perpetuating the myth are a weapon for justifying not doing anything, rolling back regulations, moving backwards, pushing their destructive fossil fuels agenda. See the point? [Read more…]

Government to drop Climate Change from environmental reviews. Donald Trump is set to sign a sweeping directive to dramatically shrink the role climate change plays in decisions across the government, ranging from appliance standards to pipeline approvals, according to a person familiar with the administration’s plan. The order, which could be signed this week, goes far beyond a targeted assault on Obama-era measures blocking coal leasing and throttling greenhouse gas emissions from power plants that has been discussed for weeks. Some of the changes could happen immediately; others could take years to implement. [Read more…]

EPA Pulls Back Sound Policy Judgment at Behest of Auto Industry. Today, EPA Administrator Scott Pruitt rescinded the determination that the EPA standards for 2022-2025 are appropriate. This decision was made at the request of automakers seeking to supplant more than four years of robust, technical analysis with a political request from industry–a spokesperson for the administration even noted on a press call regarding the announcement that automaker complaints had been taken at face value with no additional analysis or verification, despite the tremendous body of evidence EPA has already put forth supporting the determination.  This decision could have major implications not just for our climate, but for consumers, thanks to an administration willing to bend over backwards for industry. [Read more…] 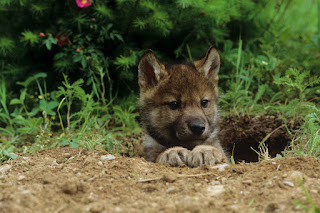 Let's not forget the ongoing attack on Wildlife refuges (H.Res.69 and similar) and that is moving across the Congress floor. Yes it is an inhuman resolution to say the least (i.e., allowing killing bears in hibernation and wolf pups in their dens, etc.)—Most Americans oppose these extreme practices that could reduce or eliminate large carnivores across entire landscapes. Alaska’s program, intended to artificially inflate game populations, is unscientific, unsporting and defies traditional wildlife management principles. But as importantly and what people often miss is that the state’s predator control policy is also counter to congressional mandates to conserve the ecological integrity of the National Wildlife Refuge System, and specifically to manage species and habitats on Alaska refuges for their natural diversity. Once set, it will establish a precedent that can (and will under this administration) spread nationally to other refuges — which we forget are our Life support systems [Read more...] | TODO: Call your Senators + Committee // in this case the Natural Resource committee (202-225-2761). Note that the Safari Club International is all "up in arms" (or shall we say in weapons), asking their members to call en-mass their senators to support this inhuman bill. Counter this, and call to oppose it.

Want to know what's going on in the Congress? Check my Congress Watch page — This page highlights urgent issues / bills with actionable items (who to call for support or protest).

Massachusetts Proposal to Ratchet Down Climate Pollution Not Good Enough. It’s been almost a year since Massachusetts’ highest court found in CLF’s favor in our landmark lawsuit to force the Commonwealth to create new regulations to cut greenhouse gas emissions through the Global Warming Solutions Act (GWSA). The ultimate deadline for the emissions reductions is 2050, by which time the state must slash emissions 80% below 1990 levels. The law sets several benchmarks along the way, however, with the first – to cut emissions 25% by 2020 – now just a few years away. [CLF | Read more…]

03/20/14. If you're in the Boston area, join us on a Walk on the Wild Side with Dave Brown, a nature event organized by our Friends of Alewife Reservation. The perfect opportunity to connect with our local nature...

03/31/17. We will be meeting with our State representative Denise Provost to discuss the Clean Energy Purchasing Requirement bill (H.2700).  [Title: An Act to Increase the renewable portfolio standard and ensure compliance with the Global Warming Solutions Act]. This is a state bill that would increase the rate of increase in the Renewable Portfolio Standard (RPS), from the current 1% to at least 2% a year, and require municipal electric utilities –currently exempt– to begin complying with the RPS. Our state wants to reach a target of a decrease of green house emission by 80% by 2050 (w/ 25% by 2020). We are not on target, and increasing our RPS would contribute greatly to meet this goal. Our goal with this meeting is multiple: (1) Making sure she supports the bill; (2) Asking how we can help explicitly; and (3) Recording our notes and passing it to our communities so as to create a tangible civic action.