The Takeover of our Imagined Reality

Homo Sapiens have been living in a dual reality ever since the Cognitive Revolution, which happened some 70000 years ago or so. 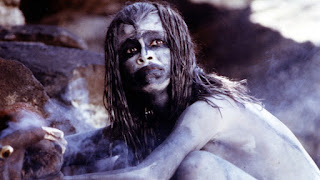 "On the one hand, the objective reality of rivers, trees, and lions; and on the other hand, the imagined reality of gods, nations, and corporations. As time went by, the imagined reality became ever more powerful, so that today the very survival of rivers, trees, and lions depends on the grace of imagined entities such as the United States and Google"... (in Sapiens by Yuval Harari)

Now, to be fair, our imagined reality also enabled the concept of Human rights (yes, as well as walking on the moon, fake the human heart, and so much more)... But going back to 'our' rights, in short, our ability to create and believe in myths fostered:
a. the cooperation between very large numbers of strangers.
b. The rapid innovation of social behavior.

And wondering where all these myths will lead us down the road. Here in the U.S. we are living under the very destructive Trump alt-reality. Many of the current World myths are not that great or sustainable either... Time will tell I suppose.
Posted by Akilee at 8:32 AM